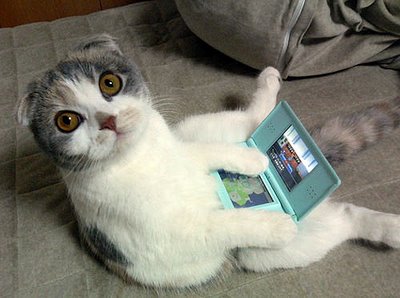 They like to pretend that they are on safari big game hunting. Our kitchen door has a crack under it and after the lights are out one or more of the cats will always be found waiting patiently for a bug to dare to walk in under the door! They would chase a Frisbee, I'm sure, if they were big enough. Scottish Fold cats are carefree but they will return every bit of love that you give them. They make wonderful companions, not too demanding while loving you completely. They are the only breed of cats that sits in this 'Buddah' position. We call it the 'Fold' position. Here are some of our favorite Scottish Fold Cats.

This is Champion Montessori's My Father's Moustache. She is a Black & White Fold Ear Long Hair Scottish Fold Female who lives right here at Montessori Cats with us. She is a favorite around here! She 'makes bread' on us (she Kneads us). 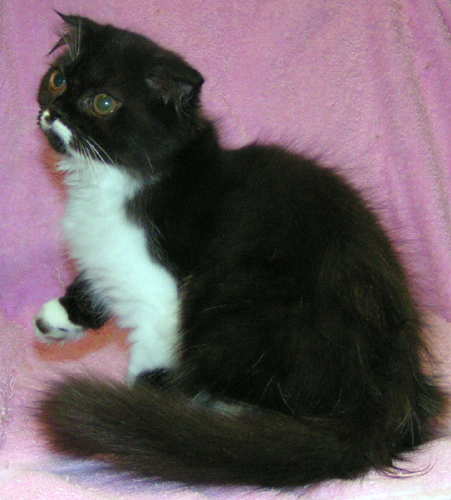 T-Bone is a stunning 'Perk Ear' Scottish Fold. He is Magnificent and as sweet as a cat can be! Sassy, his best friend is over his shoulder. 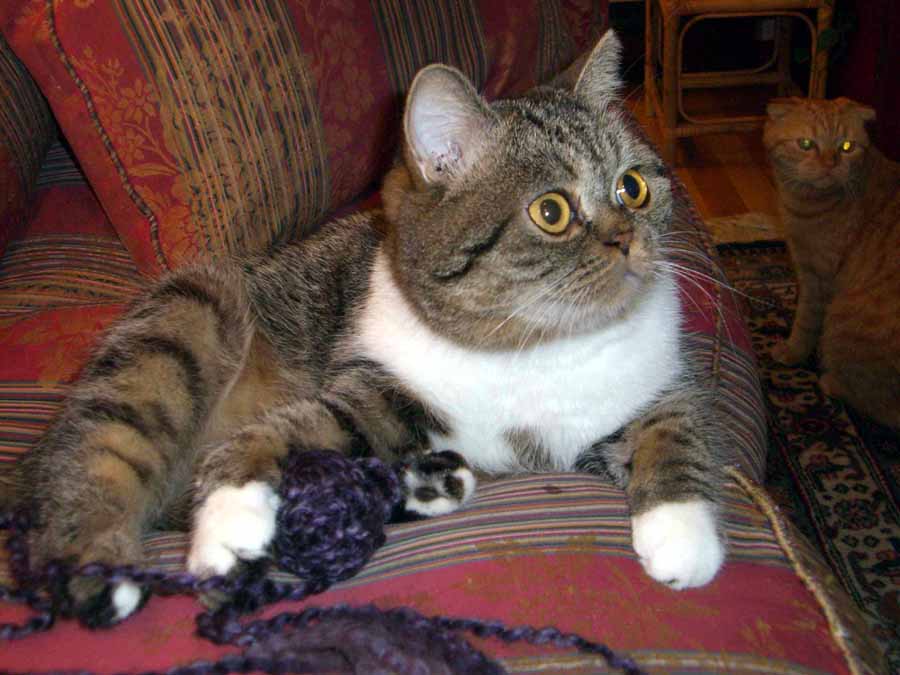 Taffy Benjamin got this Beautiful cat 'Butterscotch' as a surprise for her mother's 75th Birthday. They tell us all the time how Butterscotch has turned out to be the sweetest Scottish Fold Cat ever! She lives in up state New York and they are inseperable, traveling together by subway to visit friends. 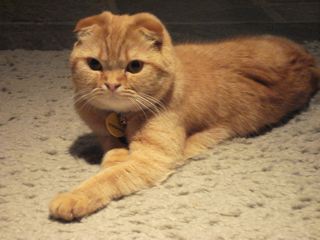 This is 'Hollywood Heidi' who we love dearly, and she now lives with Ed Cohen who is a Movie Producer and a super wonderful guy. Ed provides 'the best' home (in Beverly Hills, Cal) we could ever hope to find for one of our fur babies! They broke the 'mold' for this special guy, and Ed has become a very dear friend!

This Gorgeous Male called 'MacGregor' has stolen the hearts of Tom and Kim Lewellen. He is so special that the Lewellens have decided to get another Montessori Scottish Fold Cat this summer! They provide a wonderful home for MacGregor and (knowing he is a favorite of ours) share MacGregor photos and stories with us often. 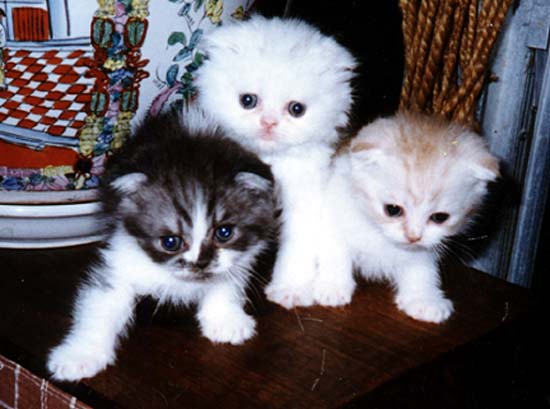 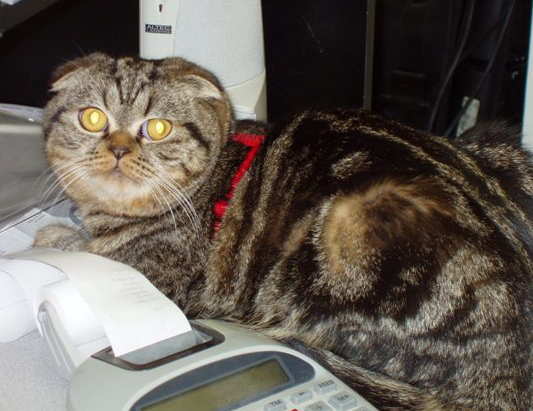 This guy is what a Scottish Fold Is supposed to look like. "Tigger 2" lives with Robert & Dr. Jo Sipes and we wish we had kept him. You can see why! 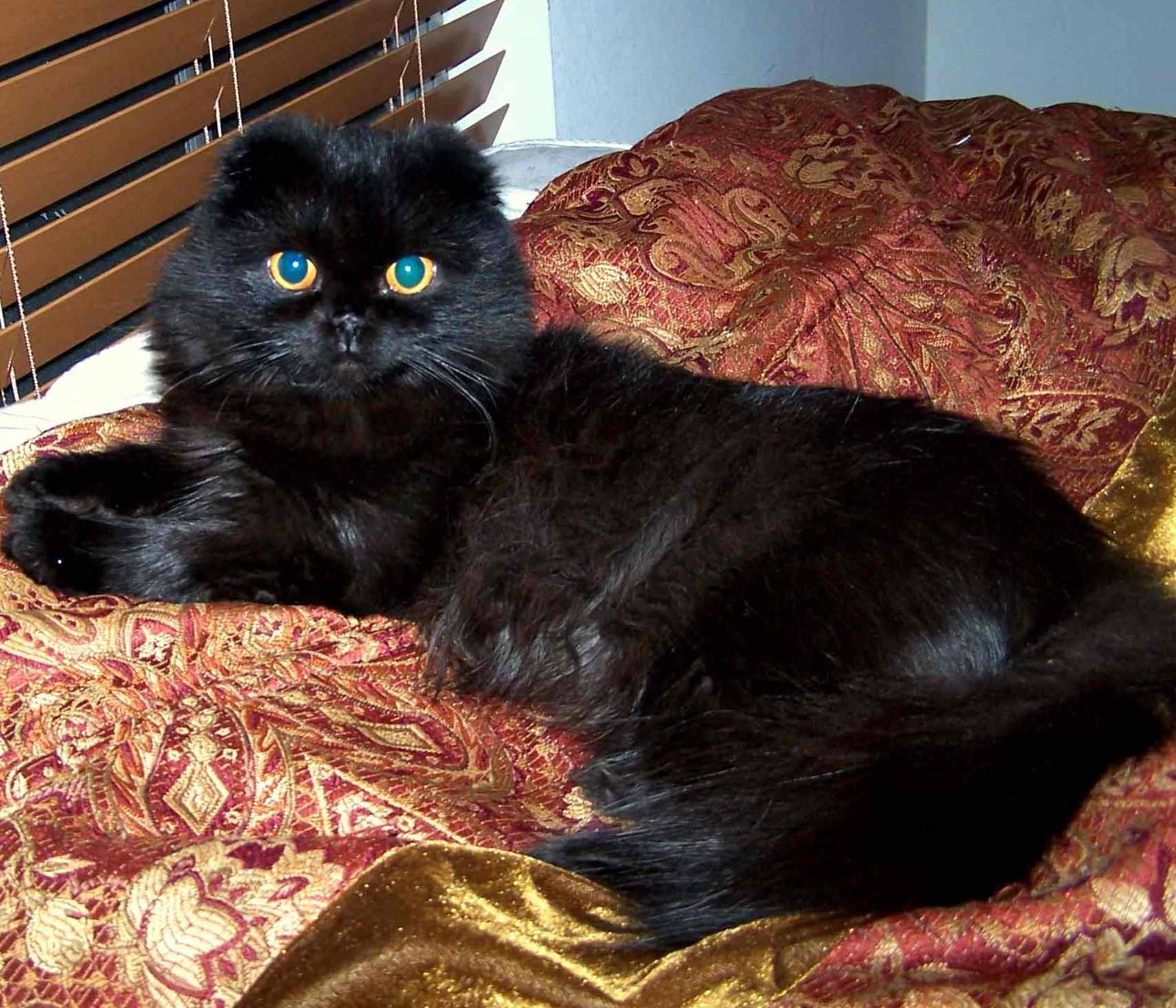 This Adorable little Cameo Baby Boy now lives in Hallandale. It's hard to believe but he is just as nice inside as he is pretty! 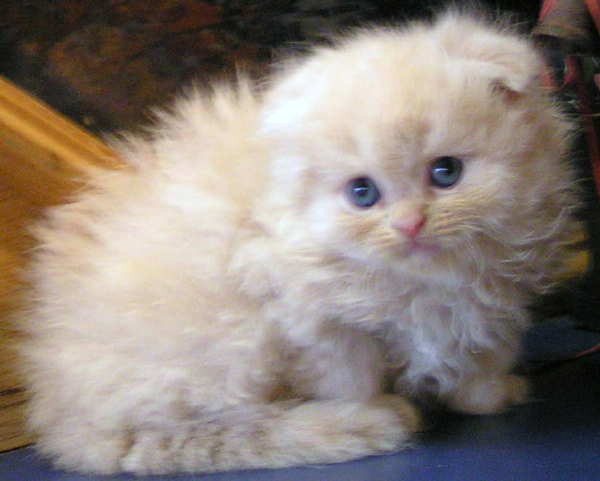 PIPER The Surfing Cat - For Real!

Grandmom Lu and 'Me Too' her cat

GILES - The Tae Kwon Do Cat 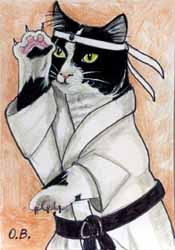 Misty Fills a Hole in the Heart

A Testimonial From Poland