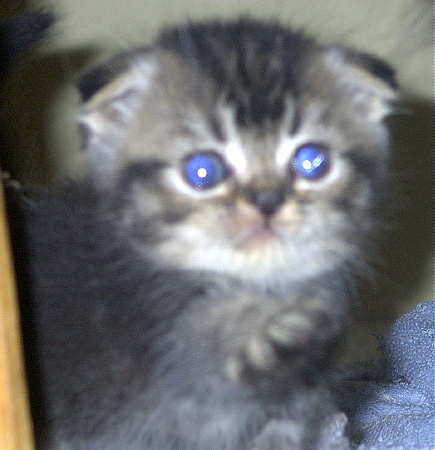 John and Patti, his wife, had a female Fold, Tara who was heartsick like John and Patti and they all needed another Scottish Fold Boy to make their lives complete once again. Pictures and stories of our kittens were exchanged and a kitten was picked to join their family. They fell in love with a little Brown Tabby boy with great big eyes and they named him Angus like his predecessor. Arrangements were made and Angus flew out to California to his new home. 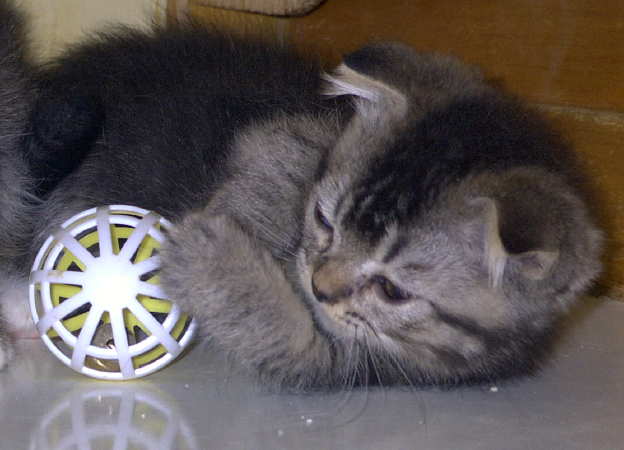 This following testimonial was received recently from John and he is pleased.

Dear Townsends: We're John and Patti Stewart. We purchased Angus from you early this year. He is the perfect cat in our view. He is very loving, lively, and cute. He plays with Tara, our long-haired, silver fold, and she's finally gotten to like it.

Angus is very gregarious, likes to cuddle with us, and is totally curious. His brown coat, which is short, has a beautiful tope and shades of brown hue. His eyes are very large and his ears are folded tightly to his head.

In short, Angus is a very big part of our lives along with Tara. We thank you for him.
Very best wishes for the holidays and for 2005.
John and Patti

Back to Scottish Fold